Ana Rebordão
www.anarebordao.net
(1986) lives and works in Lisbon and Malmö.

In 2016, as a Calouste Gulbenkian granter, she acquired her MFA degree in Fine Arts from Malmö Art Academy, in Sweden. In 2011 she graduated from Lisbon Fine Arts Academy, and in the same year she joined the Independent Studies Program at Maumaus - Visual Arts School; where she developed a video for the project Labour in a Single Shot, exhibited at 56th Venice Biennale and curated by Harun Farocki and Antje Ehmann.
In Sweden, she won the grants Edstrandska Stiftelsens Stipendium and Aase och Richard Björklund Fond. She exhibited in the Galleries Thomas Wallner, Arnstedt and Ping-Pong. In 2017 she developed a series of videos commissioned by Lunds Konsthall and exhibited in the Crypt of Lund’s Cathedral and in the City Hall.

The work exhibited at this show was developed thanks to the support of Inter Arts Center. 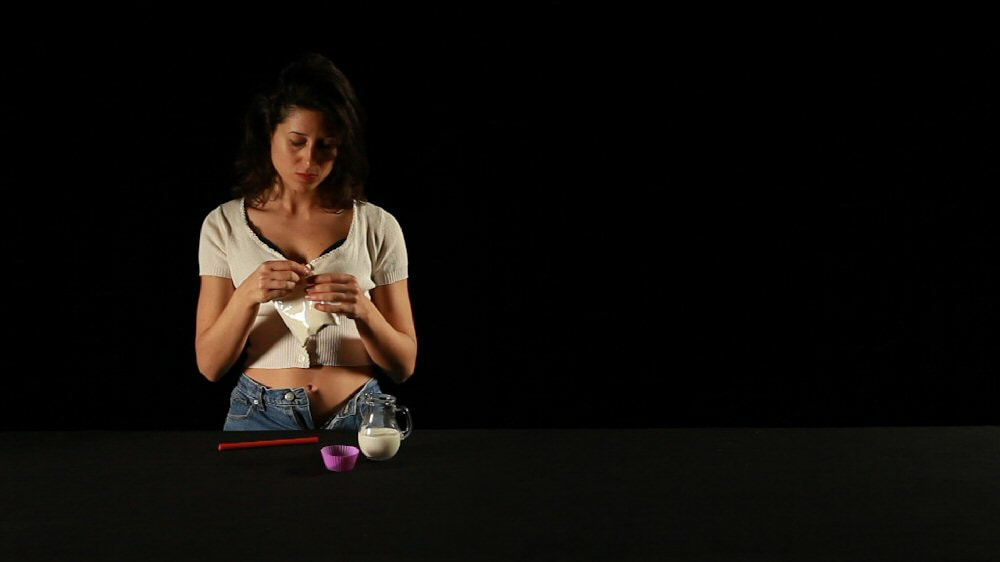 Annelie Nilsson
www.annelienilsson.net
The color of the pomegranate juice changes at the meeting with daylight 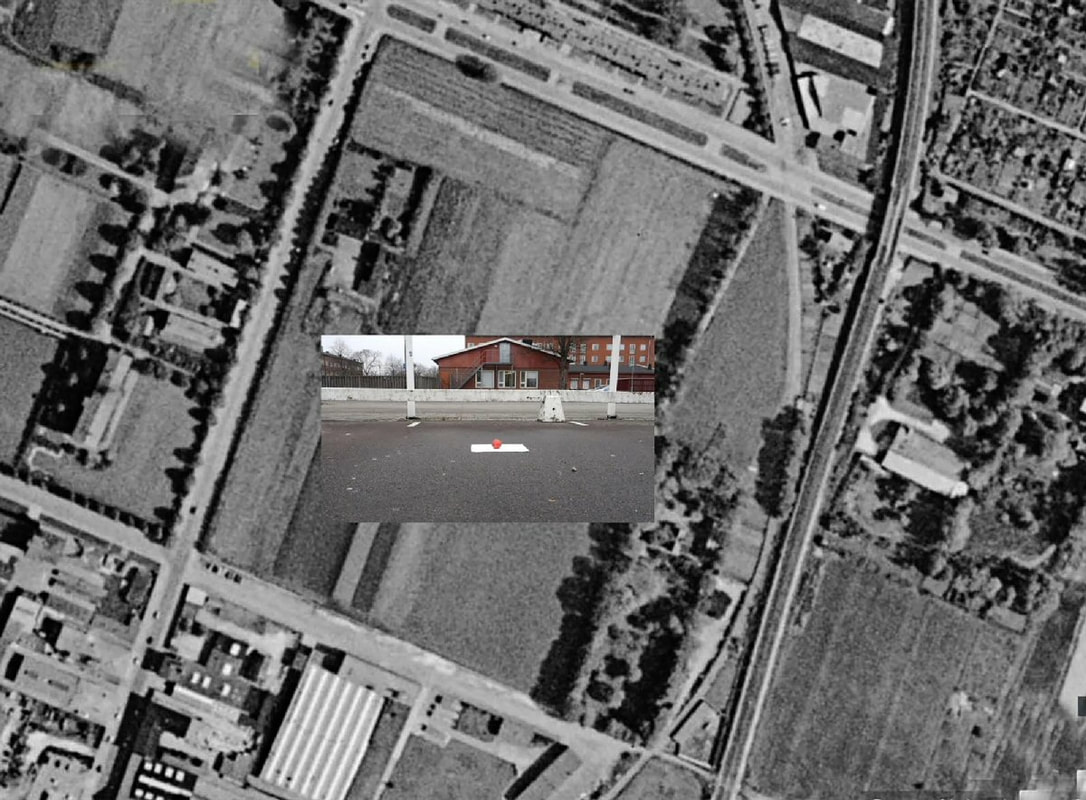 Helena Fernandez Cavada
www.helenafc.com
One question that interests me is to approach to my creative process from the possibility of reinventing itself, that means take risks, try diverse medias, experiment with materials and think in specific contexts. I elaborate with strategies focusing on the specificities of the context to enrich the critical knowledge and affective relations to a particular place. In the last years I have concentrated, in the one hand, on the possibilities of drawing, (drawing assumed as a form of writing) it’s materiality, poetics and capacity of dialogue to instigate political thinking. In the other hand, explores publishing and book making (more specifically its display and circulation) to propose alternative approaches to artistic presentations and exhibition making, where practise, theory and affections go hand in hand. 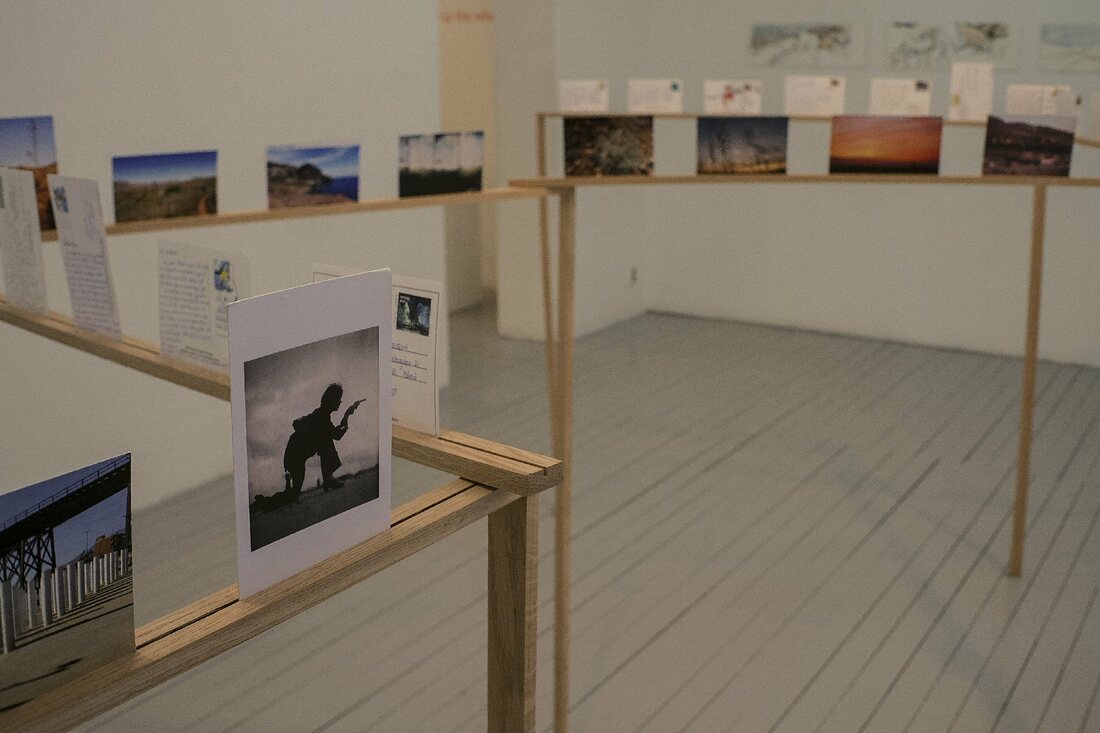 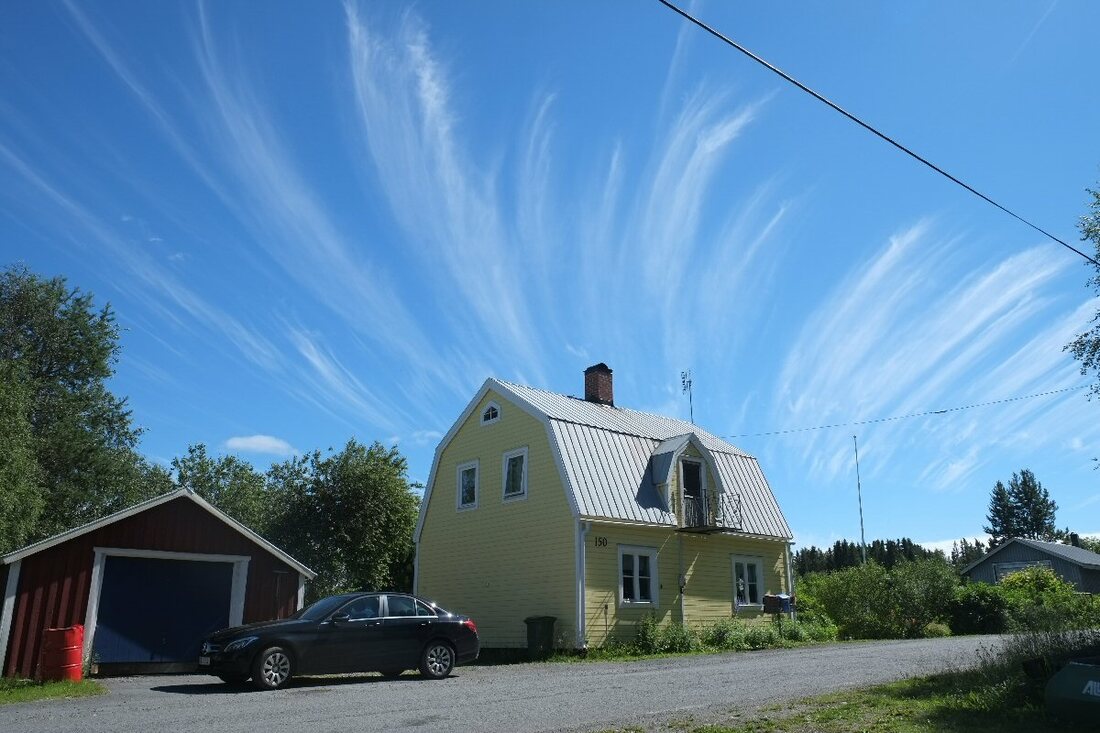 Kaur Chimuk
kaurchimuk.weebly.com
(1990) Grew up from a small industrial town in India, which was the capital during British period. In 2013, Kaur completed studies of  Web and Graphic Design. Part of  independent artist collective ‘Pi’ (Performers independent) cross-media artists in Kolkata and Santiniketan. Collaborator of the 'KOLKATA INTERNATIONAL PERFORMANCE ART FESTIVAL (KIPAF)’, India's  and South Asias`s pioneer international radical performance art projects, running on an artist-run micro-budget which is a sustainable model for performance art medium in a country where the arts support is minimal. Co-curator of Swedish nodal for Srinagar Biennale.
conflictingspaces.weebly.com


For this exhibition, a multidisciplinary project : a lonely couple in the time of "post-truth". A combination of printed textile with a series of drawings and photoprints from an old performance.  Kaur shares the vulnerable situation in India from post-election time 2014 onwards. We had terrible experiences from this neo-nazi condition, they tried to suspend all sort of independent institutions and human rights platforms with various new strategies. Trying to depict a controversial story from Rajasthan 2017. Behind the controversy, you can see a clear interest in making political monopoly or a tendency towards neo-fundamentalism.


The politicians manipulated the historical events in several different ways especially in this age of post-truth reality. It's not about any individual comment/statement, its more about orthodox politics. In this case, one of our respected judges shared a  comment regarding our national bird peacock's natural desire and the organic way of their reproduction. He tried to manipulate the biological history and attempted to prove the new idea of "holistic body" in the context of "pro-Hinduism". In the series of works, Kaur tries to share the difficult situation in India and the entire South Asia, where acceptance of pluralism is slowly suppressed under threat of global capital and political monopoly. 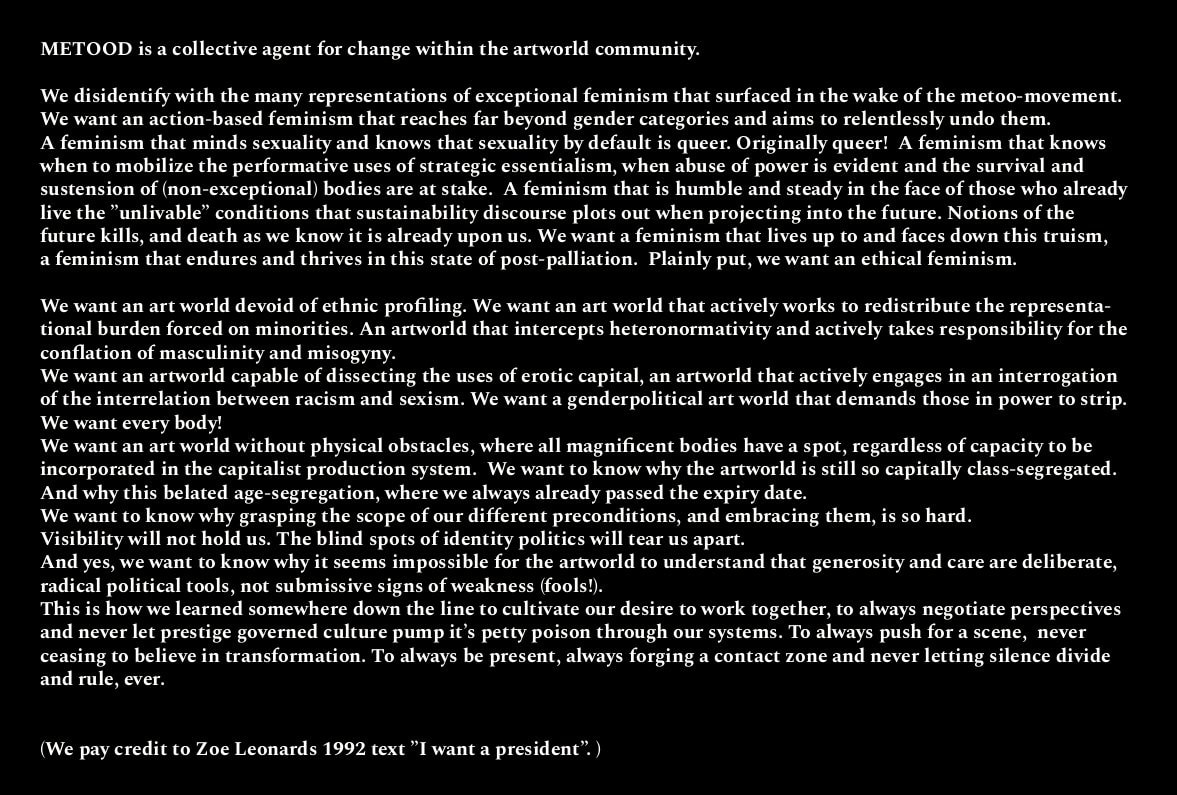 
Milton Bhattacharya
miltonbhblog.wordpress.com
Visual artist, practicing painting and interactive installation as a form of perceptual interactive object. Studied painting in Kala Bhavana, Visva Bharati University, West Bengal, India. Living, observing and working in Howrah, India.
Most of my art practices are based on landscape and experiencing human habits as memory. Tools and materials determine time and labour. Observation is a part of durational research on community/ survival of community, objects and its endemic history. Taste and sound are vital part of rest.
The delusive acrobatic act inside the holographic landscape:
My present art works represents a triangular relation in a landscape fantasised saturated landscape of Jasore Road; which was the path way of Bengalee inherent communities of Hindu and Muslim migrants after the separation of Bengal in terms of religion in 1947. The frame of painting is separated into three parts. An acrobatic act of Raebenshe dancers has taken place in that land; who has survived for last five hundred years with the craft of fighting with weapons made of bamboo. They transformed the action of practice into a dance form for the living without such support of mainstream structure, presently the folk form has been introduced as an only surviving war dance form of Bengal, while a western breed of dog has been bought to India to exhibit the elite beauty. A “Strange Fruit” hanging from the tree, comes from a Billi Holiday’s song. The main stream Bollywood emerging love story movies executing post colonial lifestyle with “Indianity”; a love meet after a socio-emotional clash/ war.
The surface of painting is traditionally self prepared Vasli plate (paper) and watercolour. A rough digging wash has been actioned after the flat layers of colour.

But the tuning fork, a relatively new invention at the time of Nietzsche’s writing, relies on a concept of objective truth of a note within the construct of a system of standard pitch. Tuning forks were then used for creating musical standards and later in the form of quartz crystals to keep time. In my work, the tuning forks are created through an intuitive decision making process to break from standards of pitch and scale to find the gratification of dissonance. As traditional tuning forks strive for perfection in the machining process my pieces flaunt their blemishes and the modified designs produce atonality rather than a perfect false harmony. 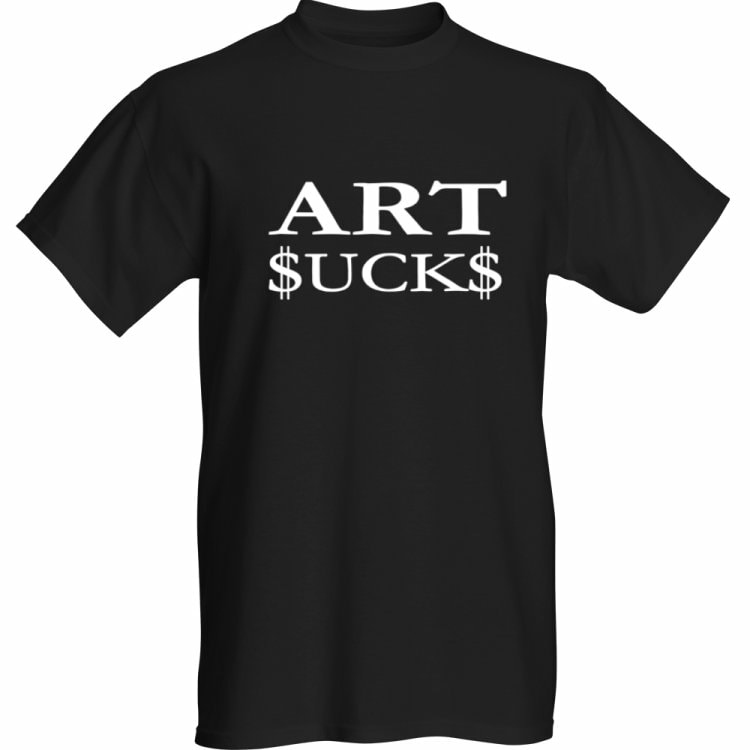 Everything I do stems from a place from curiosity
and I´m always exploring ways to work with traditional techniques and materials. 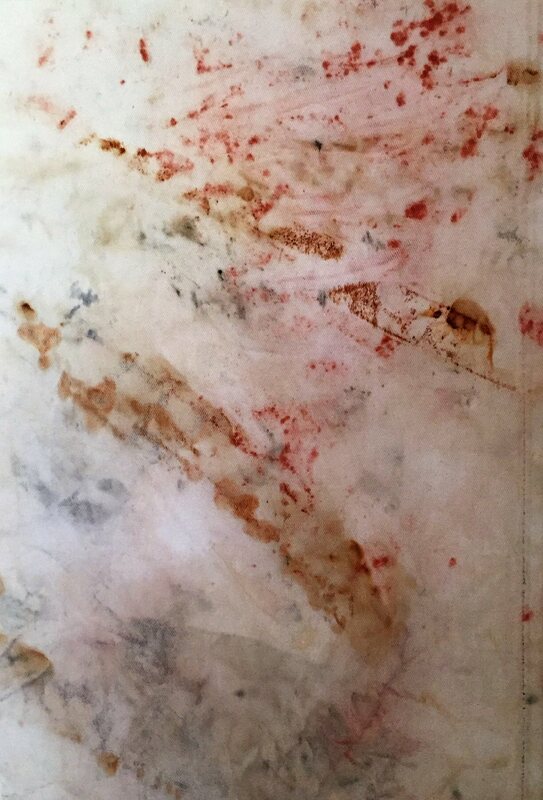 
Tjejer Kan
www.tjejerkan.nu
A project that strengthens Swedish-Somalian girls and young women's participation and competence  in an open concept workshop with the goal to build up self confidence, challenge oneself and use critical thinking. Some of the girls have worked with an online magazine for young muslim girls,  Sakina

Tjejer Kan is connected to Hidde Iyo Dhaqan in Sofielund and have worked with Meteor International in several workshops and projects for the last two years. Området, Gatans Konstkritik- gatanskonstkritik.blogspot.com
Burning Issues - a textile workshop with the artist Isabel Theselius 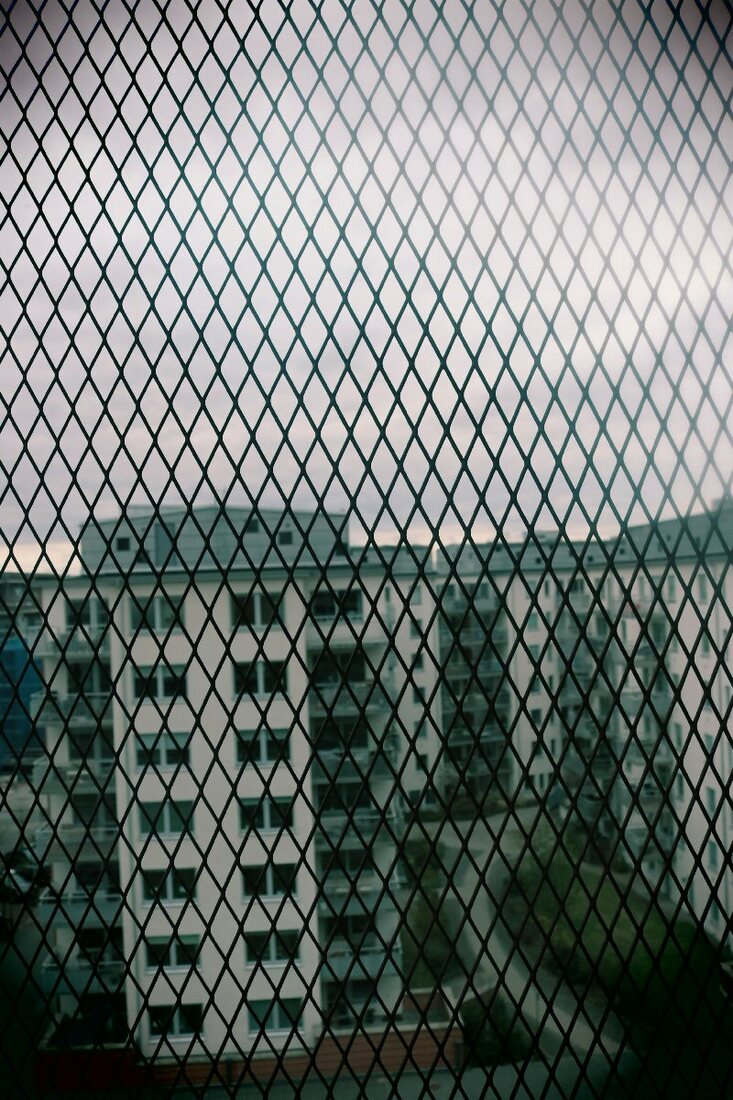 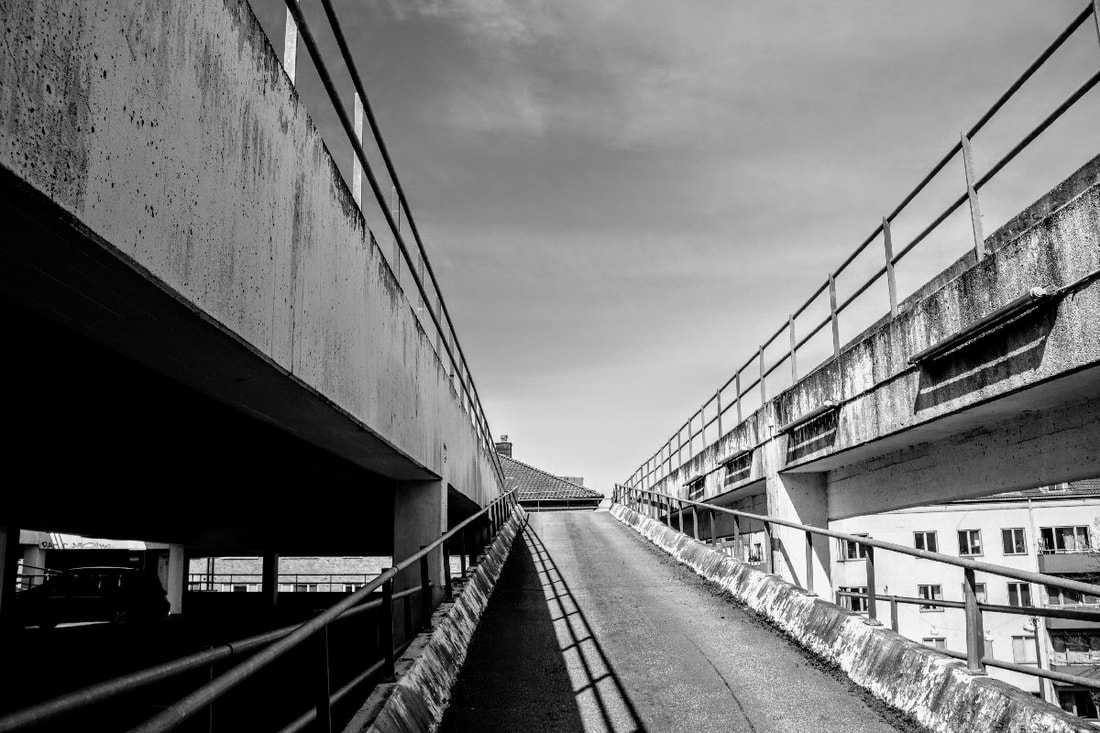